Dating while in another country can often seem like another universe full of small but crucial signs you have to look out for, making sense of traditions and languages you’ve never heard before.  What should you expect regarding love while overseas? How do you date while teaching abroad? We asked six veterans to share some insights on their experience.

That’s right – swiping Tinder won’t get you far. “It was always face-to-face for me. I think I preferred it that way. It seemed more natural,” shares Max who went to Thailand not looking for love, but love ended up finding him in the form of Julie, another American English teacher.

Clay who taught English in South Korea agrees, explaining, “In Asia people tend to be very traditional to the point where if you’re single, then you still live with your parents even if you’re over 30.” So, put the phone down and go out.

Victoria, who currently teaches in China, explained that the main phone app there that plays a role in communication is WeChat, which has a “People Nearby” option allowing you to see who’s in your general area. Women in China face the pressure of being scrutinized and even mocked for being single if 25 or older. Also, parents often play the role of matchmakers. That being said, China consoles the single ladies by slashing store prices on November 11, replacing love with labels à la “Sex & the City” style.

Even if you’re the shyest, most innocent Westerner taking a month to ask someone out, you may be perceived as a casanova in Asia, especially in Japan. “Japanese guys are debilitatingly shy…not just around foreigners but in general. So much so that even the Japanese call men ‘shy boy,’” Scott who taught there for 2 years tells me.

So how do you ask your crush out? In Amy and Jason’s case, it was a mutual friend who introduced the two and suggested they meet for coffee. Moral of the story – having a good wingman / wingwoman can make a difference between romance and ridin’ solo.

#3 Is dating your adult students an option?

Five out of six teachers said “no” when asked if they’d date a student.

Jason agrees with the one exception of his wife Amy, who was a college student in the English class where he interned in Yanji, China.

#4 How about teacher couples?

Although solo travel as a teacher is mind-opening and extremely fulfilling, when it comes to living overseas, foreign teachers often flock together and meet other adventure-loving expats. “People who teach overseas have the courage and willingness to step out of their comfort zone,” Max explains, which is how he first began dating Julie, a like-minded teacher from his group.

While Mike observes that in Japan there is a certain level of societal pressure to conform, Scott notes that a TEFL teacher can be admired as something of a celebrity. “I’m a tall hairy white guy so I stood out a lot,” Scott explains. He taught English both in a small town in the remote country and in the city of Nagoya, where his picture often appeared in the school paper.

On the other hand, a Chinese woman who dates a Caucasian male would automatically climb the social ladder. As both an African-American and a woman, Victoria, observes that it is not as acceptable for her to ask a Chinese man out as it would be for her Caucasian counterparts. Things are starting to shift though, she explains, saying: “This is 2017 and more and more young adults are embracing interracial dating.”

While many would say that long distance is pretty much the worst idea EVER, there’s hope. It appears that when your relationship enters the TEFL vortex, it can sometimes survive the distance.

Victoria, who teaches in Shanghai, still maintains a stron relationship with her boyfriend in the States. Amy and Jason who met in China decided to give long distance a shot. After a series of trips, flights, and care packages across the ocean, the two finally reunited in Texas and a year later tied the knot.

With these insights in mind, take the time to explore the world of TEFL and love in a magical land where you’ll never have to “swipe right” ever again. 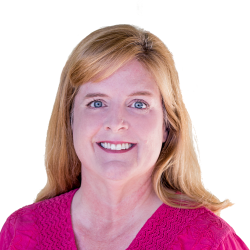 Annette Thompson
Annette is the Director of EnglishTeacherChina.com and eTeachAbroad.com

How to Avoid
Teaching Scams
in China